1. OVERVIEW OF DEVELOPMENTS IN BROADCASTING IN SOUTH AFRICA SINCE 1994 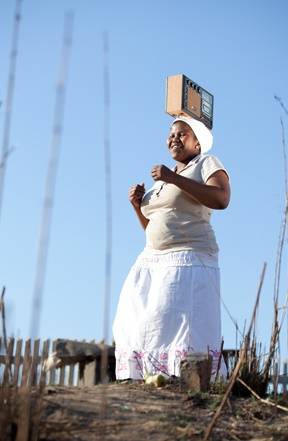 1. OVERVIEW OF DEVELOPMENTS IN BROADCASTING IN SOUTH AFRICA SINCE 1994

Gross advertising revenue for South Africa’s broadcasting industry is estimated to have increased in value from just over R2 billion to close to R8.5 billion between 1994 and 2006. This growth reflects massive transformation in the industry.

This is a huge departure from the Pre-1994 South African broadcasting environment which, in addition to the South African Broadcasting Corporation (SABC), offered only two commercial sound services, (Radio 702 and Capital Radio) and one private pay-TV service (M-Net).

This change in the broadcasting sector came as a result of regulatory reforms in the early nineties which, amongst others, yielded an authentic public broadcaster (SABC) with 3 TV channels and 19 public sound broadcasting services, a fledgling community sector of over 100 sound broadcasting services and one community television service, as well as a largely black owned commercial sector consisting of 15 sound services and 2 television operators. A new Community Television service has been licenced on a temporary basis.

a) An Independent Broadcast Regulator

Shortly after South Africa's first elections, the Independent Broadcasting Authority (IBA) came into being. It was tasked with regulating the country's broadcasting industry, which previously was under the direct control of the government's Department of Home Affairs. The introduction of a regulator, with constitutionally guaranteed independence, was a significant step forward for the industry.

b) The formation of an authentic public broadcaster

With the unbanning of the African National Congress (ANC) and other political movements in 1990, the electronic media sector was recognised as a crucial negotiating point. The focus of both the opposition and the National Party government at this time centred on the state broadcaster, the SABC, which was recognised as an immensely powerful voice in the dissemination of news and information.

What the media activism of the early nineties sought to achieve was to wrest control of this vital asset away from party political control before the country's first elections in 1994. The focal point of the struggle was to have an independent SABC board. Marches, protests and petitions by broad alliances of academics, church groups, youth organisations and trade unions were eventually successful and in 1993, Dr Ivy Matesepe-Casaburri (then South Africa's Minister of Communications) was appointed to head the first independent SABC board.

The SABC was relicensed in June 2005 and in line with section 10 of the Broadcasting Act, the new licenses reflected a reorganisation of the corporation into a commercial and a public section. This relicening comes from the SABC grandfathering with the establishment of the IBA in 1994.  The new licence conditions, while affirming the PBS status of all the SABC’s services, gives practical effect to the distinction between these two divisions and imposes their respective obligations. 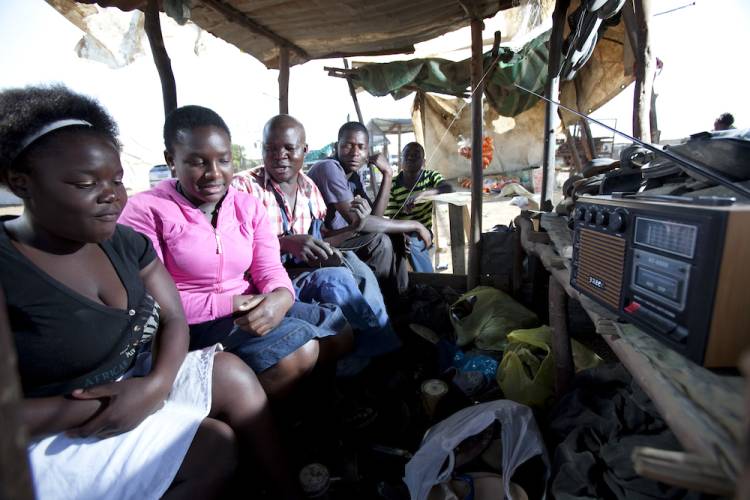 From 1994 the IBA processed hundreds of community radio licence applications from diverse groups and sectors of South African society. Over 100 Community sound services are now in existence and although the sector has struggled to access advertising and other forms of financing it is recognised as being a crucial part of the South African broadcasting landscape - in providing diversity for listeners and much needed skills for the commercial radio sector.

The rules governing community radio are laid out in the Position Paper on Community Sound Broadcasting Services as reviewed in 2005 and Community Television published in 2004.  These incorporate the licensing, regulatory and broad operating principles for community broadcasting services.

Both the Greenfields sound services and the privatised SABC sound services are governed by the rules laid out in the Position Paper on Private Sound Broadcasting Services.

ICASA has consolidated a licensing process for secondary commercial markets.  This has resulted in 3 new sound broadcasting services being licenced.  The licenced broadcasting services are Capricon FM in  Limpopo, M-Power Radio in Mpumalanga, and  Radio North West in the North West provinces.  A further two licenses are also planned for in the secondary markets of the Eastern Cape and Free State. 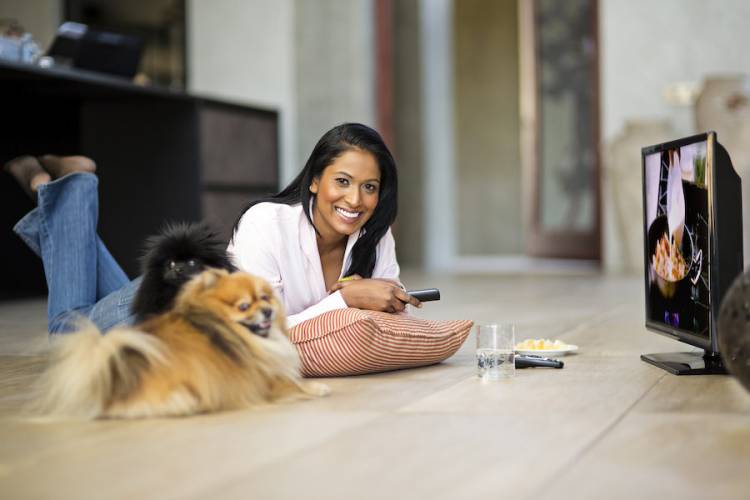 Subsequent to issuing the position paper, the Authoirty issued an invitation to apply for satellite and cable subscription broadcsting serivces on 31 January 2006. Out of the 18 applictions received 5 were successful, namely; ESAT, Multichoice, On Digital Media, Telkom Media and Walking on Water. 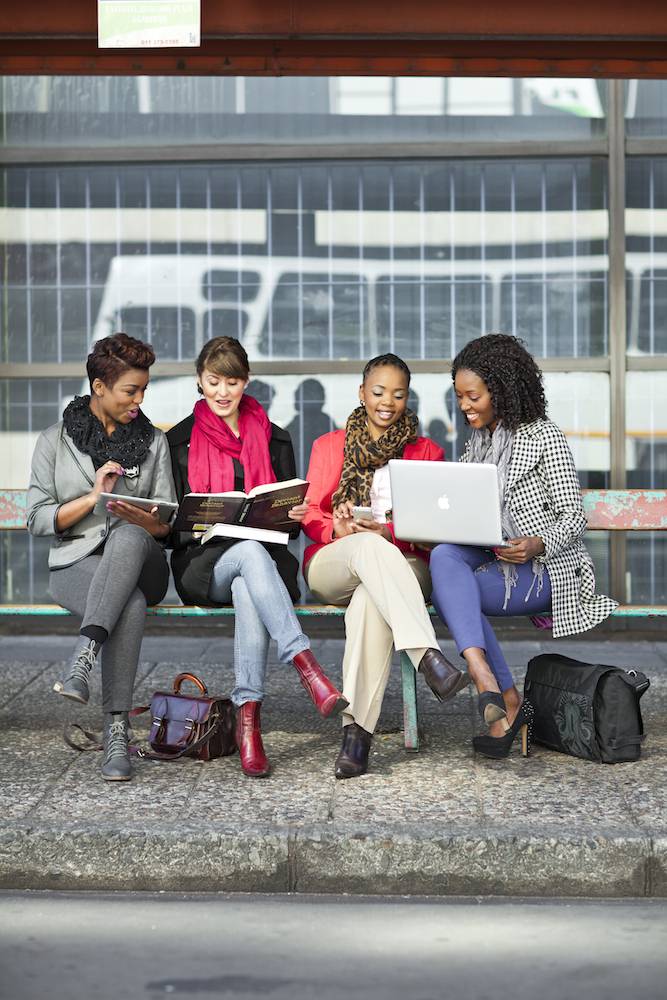 b) The Triple Inquiry Report

Among the regulator's first tasks was to conduct a wide-ranging policy inquiry known as the 'triple inquiry', which focused on the viability of the public broadcaster, South African content rules for radio and television, as well as cross-media rules prohibiting cross ownership of broadcasting and print interests. The Triple Inquiry Report lays out the regulator’s conclusions on these matters. Its most important recommendations were:

In 1999 the South African government introduced a new piece of broadcasting legislation - the Broadcasting Act. In establishing this legislation the Department of Communications (The DoC), through the 1998 White Paper on Broadcasting Policy, reflected government’s policy stance on a number of issues not covered within the IBA Act. These included universal access, diversity, nation building, education, and strengthening the moral fibre of society. The framework provided for a clear delineation of roles and responsibilities in relation to policy formulation, regulation and the provision of broadcasting services.  It also set the basis for future public policy goals such as the migration of broadcasting services from analogue to digital networks and the regulation of converged networks.    Amongst the most important features of the Broadcasting Act are:

a) The Electonic Communictions Act

In 2005, the Minister of Communications tabled two Bills in the National Assembly aimed at changing the regulatory framework to meet the needs of convergence, that is the Convergence Bill [B09-2005] and The ICASA Amendment Bill [B32-2005]. The former specifically set out a converged licensing framework and its repealing of the existing broadcasting and telecommunications legislation.  The  aim was to consolidate legislation governing the telecommunications and broadcasting sectors as well as promote convergence of network services and technologies in these sectors. This Bill was later renamed the Electronic Communications Bill (the ECA). The most noteworthy aspects of the ECA include,

A Digital Migration Strategy has a bearing on the technological advancement of the country, particularity on South Africa’s ability to host a successful Soccer World Cup in 2010. The plan to migrate South Africa’s broadcasting system from analogue to digital will enable broadcasters to have better capacity to improve and diversify their services. Other benefits are, better video and sound quality and the transmission of an increased amount of data. The main challenge of implementing this strategy lies in balancing expansion of services to all South Africans, particularly the poor, with market growth and socio-economic development.

In May 2005 the Minister of Communications (The Minister) established the Digital Broadcasting Migration Working Group (“DMWG”). The DMWG was established  to assist the Minister to develop policy, content, economic and technical recommendations, towards a national strategy for the transition of broadcasting systems from analogue to digital broadcasting in South Africa. Respective committees were drawn from representatives of the broadcasting industry, Independent Communications Authority of South Africa (ICASA), government, civil society, organised labour and consumer groups, at the DMWG inaugural meeting held on 26 August 2005. The DMWG final inputs on how government could best manage the transition from analogue to digital broadcasting were delivered to the Minister on the 30th November 2006. The main findings and recommendations focused on approaches on switchover, implementation timeframes, licensing, approaches to frequency allocation, consumer adoption and a national implementation strategy.